Vincent McCurley is an interactive designer, developer, and creative technologist in Vancouver, BC.

The son of a chocolatier and a cosmetic chemist, Vincent naturally gravitated toward a degree in Mechanical Engineering on a journey to becoming a creative technologist at the National Film Board of Canada’s Digital Studio in Vancouver, Canada.

During his days at the University of British Columbia, when not building prosthetics, testing hydrogen fuel cells and chasing frisbees, you could find Vincent in front of his trusty 486DX 33 producing music with Cakewalk and a Roland JP-8000. In the process of making a website music video for his band he stumbled across a little piece of software called Macromedia Flash.

Not long afterwards, at the height of the dot-com boom, he co-founded Metaphase Media, a web design studio that created websites with Flash, HTML, JavaScript and ASP.

It’s taken him 15 years of building multi-platform interactive projects (mobile apps, installations, games and websites) to be useful at the NFB where he calls upon this experience to help filmmakers and artists use technology to tell stories in creative and innovative ways.

When not tinkering with the latest storytelling technologies, Vincent enjoys sharing his knowledge of interactive experiences at the University of British Columbia, British Columbia Institute of Technology and Fairleigh Dickinson University; and he still enjoys the occasional chocolate. 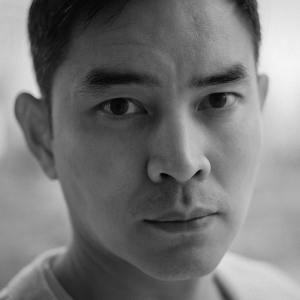